For carbon capture on existing heavy industry, deployment is found in states with these industries today. When the source of carbon is natural gas, capture facilities are found at the confluence of natural gas production and geologic sequestration sites, with a heavy concentration in the Gulf Coast. Capture on biofuels is found primarily in the Midwest and Southeast. Capture in the power sector is generally found in areas with more limited access to renewable resources, specifically wind (California and Florida as primary examples). Direct air capture facilities are located where there are significant wind resources that can be used to power them at low costs. 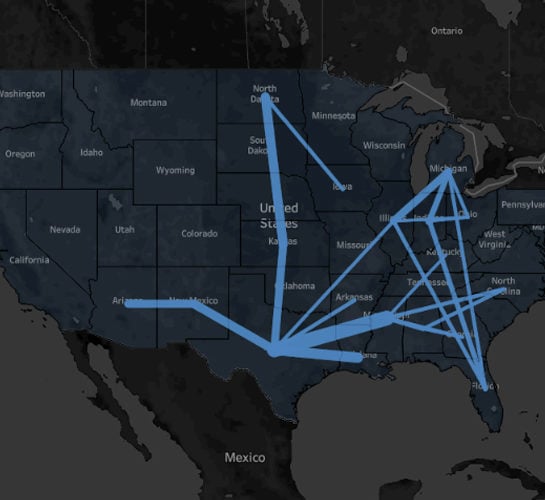 This map shows the buildout of carbon dioxide pipelines compatible with reaching net-zero emissions by 2050 in five year increments. 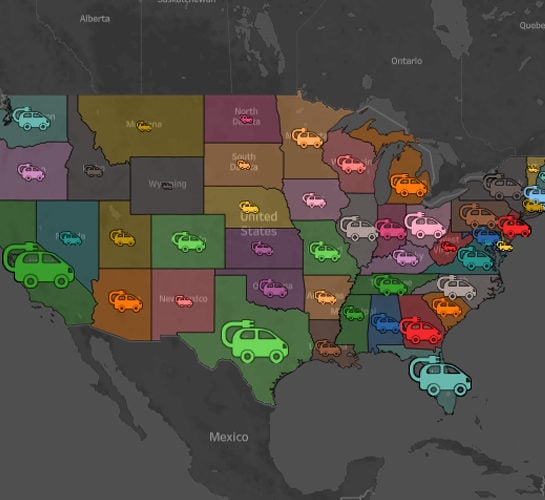 This map shows the buildout of electric vehicles compatible with reaching net-zero emissions by 2050 in five-year increments.